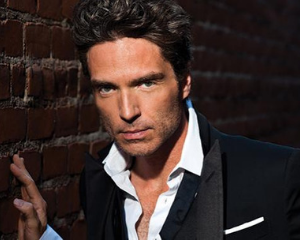 Bestselling American singer RICHARD MARX comes to the Gold Coast this December, and it’s a fantastic treat for his Queensland fans in the run-up to Christmas. See the man himself when he comes to The Star Gold Coast just moments away from our Burleigh Heads resort accommodation.

Most famous for his songs “Right Here Waiting”, “Endless Summer Nights”, “Now and Forever”, “Hazard”, “At the Beginning”, “Angelia”, “Hold on to the Nights” and more, Richard Marx has built himself an illustrious career that’s spanned almost 40 years, with more than a momentous 30-million record sales to his name. He was the first solo artist to have his first 7 singles in the Top 5 of the Billboard Hot 100, and has been nominated for several Grammy Awards over his career, one of which he won Song of the Year for his heartfelt 1990 hit “Dance with My Father”. Richard Marx has 11 studio albums under his belt, four of them having been certified Platinum in the US. His live performances are hailed worldwide, in which he delivers his many touching ballads with nothing but pure singing prowess and charismatic stage presence.

See the ballad-singing sensation that is Richard Marx on the Gold Coast this December, where he’ll be performing an unmissable one-off show near our Burleigh beachfront accommodation. We offer inviting one, two, and three bedroom apartments for the perfect way to unwind before 2019 arrives, where you can also enjoy our superb onsite facilities that include an indoor and outdoor swimming pool, heated spa, steam room, tennis court, games room, and more.

Book with Burleigh Surf today, and start looking forward to Richard Marx at The Star Gold Coast in Broadbeach on December 6 – the perfect treat this Christmas!

For more information on Burleigh Surf Beachfront Apartments at https://burleighsurf.etourism.net.au