Don’t Miss These 2022 Events in Burleigh 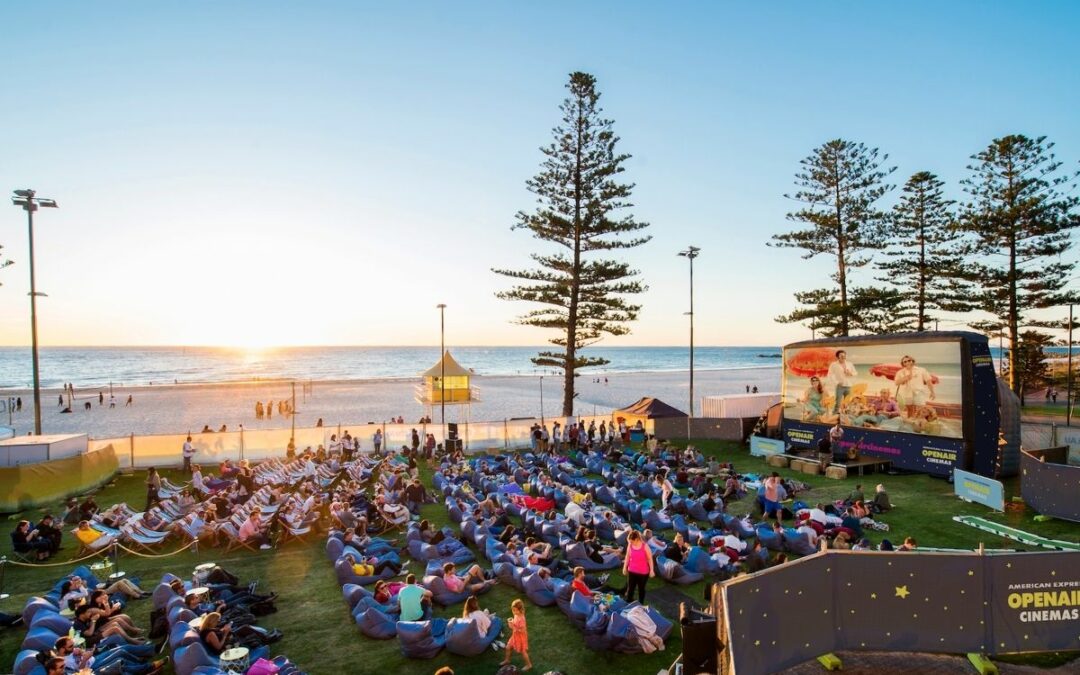 Would you like to spend your vacation in a place with a laid-back vibe, great surf beaches, and lush rainforest? Then make Burleigh Heads your vacation destination. The Gold Coast suburb can provide you with the best seaside escape and so much more.

Aside from natural attractions and family-friendly activities a lot is going on in and around Burleigh Heads. Why not participate in the following whilst holidaying with us at Burleigh Surf.

Movies Under The Stars

A great way to spend your evening is to watch a movie under the stars with the family. The City of Gold Coast has a free, family-friendly program called Movies under the Stars. The film showing happens every Saturday night in different places across the city. In Burleigh Heads, there are two upcoming screenings.

The Croods: A New Age is on January 22. The Croods: A New Age, also known as The Croods 2, is a 2020 American computer-animated adventure comedy film released by Universal Pictures and produced by DreamWorks Animation. The story occurs during the fictional Pliocene epoch known as “The Croodaceous.”

Then on February 19, Movies under the Stars presents Abominable. This DreamWorks Animation and Pearl Studio’s 2019 computer-animated adventure film follows Yi, a teenage girl. She meets a young Yeti on the roof of her Shanghai apartment building and names him Everest.

Along with her naughty friends Jin and Peng, they embark on an epic quest to reunite the magical creature with his family. To help Everest return home, the trio of friends will have to stay one step ahead of Burnish, a wealthy man intent on capturing a Yeti, and zoologist Dr Zara.

Gather the kids and watch a movie under the stars.

“Find out who you are and do it on purpose,” country music icon Dolly Parton once said. For nearly 60 years, the country music icon has been singing her heart out and urging us to be the brightest, gaudiest, most authentic version of ourselves.

A brand-new surfing event will hit the shores of Burleigh Heads on February 19. Jamie O’Brien, a global surfing icon, created the Red Bull Foam Wreckers in collaboration with Red Bull. The event is billed as an “anti-surf contest.” It has only one requirement: to ride a soft-top (foamie) surfboard.

Yes, you can catch as many waves as you want and have fun. But first, you must spin the Shred Wheel to determine which soft-board model you will compete with. Interesting, right?

The largest skater-for-skater gathering in Australia is back. BOWLZILLA Gold Coast, now in its incredible seventh year, continues to provide a platform for the future of Australian skating. The event also creates opportunities for local skaters through a unique skateboard festival filled with art shows, food, music, Learn To Ride clinics, workshops, and competitions.

BOWLZILLA is set on March 12 at the Elanora Skatepark.

Do you want to be a part of a world record attempt? The Gold Coast Beach Parade is attempting a world record for the most people wearing koala ear visors in a beach parade. It is a fun event for the whole family because it celebrates the Gold Coast’s famous beach lifestyle while highlighting the region’s safe, healthy vacation destination. It also exemplifies great community spirit while supporting a worthwhile cause, namely the conservation of Koalas.

The Gold Coast Beach Parade is a three-kilometre walk along the beautiful Burleigh Heads beach. To enter, you must donate. The registration fee includes a special koala ear visor that all parade walkers must wear. The registration fee is donated to the Currumbin Wildlife Hospital Foundation, the world’s busiest wildlife hospital.

The Gold Coast Beach Parade World Record attempt is on May 15.

The 12 Towers Ocean Paddle Race: Stand Up Paddle Board event is ideal for demonstrating your paddle-boarding abilities. Or, you head to the beach for plenty of offshore action. The race, now in its 11th year, includes:

This Long Course – 15kms: The race will begin on the sands of world-famous Snapper Rocks and Rainbow Bay before continuing on a 15-kilometre stretch throughout Burleigh Heads, passing by 12 Lifeguard Beach Surveillance Towers. When they reach the Burleigh Headland, they will round an inflatable “turning buoy” approximately 150 meters from the Life Guard Tower at the top of Burleigh Point before sprinting to the dry sand finish line.

Short Course – 5-6kms: This is for inexperienced, non-serious SUP Paddler who wishes to achieve personal objectives. The race starts at Currumbin Alley and travels north along the Palm Beach strip to a turn buoy off Burleigh Beach. They’ll also take one last line to the beach for a dry sand finish.

On May 20, the 12 Towers Ocean Paddle Race 2022 will take place at The Esplanade, Justin Park in Burleigh Heads.

Book a Burleigh Heads accommodation for easy access. Burleigh on the Beach provides 1, 2 and 3 bedroom Burleigh Beach accommodation close to everything the suburb offers, including the aforementioned events.

Make your reservation right away!